Disco Noise comes to Long Beach! Dancing to Noise is the Dance of the Future! 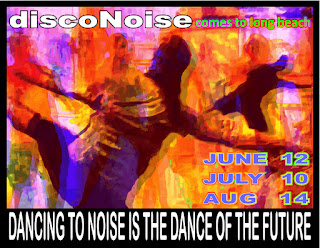 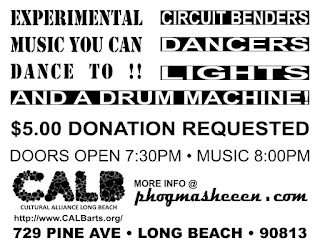 After field testing in Wonder Valley last August, Disco Noise is coming to Long Beach on the second fridays of June, July and August. Mark your calendar!
Posted by phog masheeen at 5:02 AM No comments: 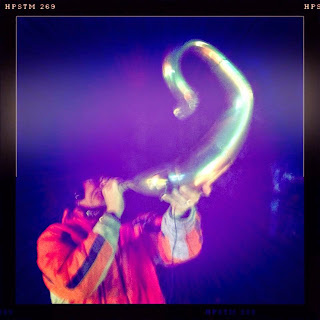 The Duodenum in action! 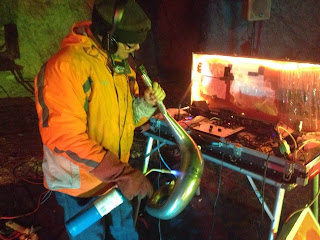 Warming up the horn...

These are pics from last Friday's (5-8-15) JaWboNeE 2015 Dust strEams and FiRe! in Jawbone Canyon (By Mojave California) put on by the Hop-frog Collective. We hit the stage at midnight and rolled out all the toys, dry ice included.

From time to time I get someone asking me what I am up to, or "How's retirement?" The Dust Streams and Fire event in Jawbone Canyon is a fine example of "what I'm up to..."

The short version is to drive past Mojave to Jawbone Canyon. Where the "wild west" is now portrayed by quad runners and people exercising their AK-47s. Arriving at a rocky outcropping that is shaped as a "stage" where the rocks form a ring and it is easy to perch the generator out of earshot. This little enclosed area the Hop-frog collective have chosen as the site for their annual tribal gathering. Titled JaWboNeE 2015 Dust strEams and FiRe! this years event is the most recent in a succession of events that started in the early 90's.

What I do there is to create a moving texture of sound using modified loops and then to play wind instruments that I have made from exhaust pipes over the top of that. Dry ice is involved.

Retirement is great! I recommend it for everyone!

Thanks to Carl Off for the photos.
Posted by phog masheeen at 8:43 PM No comments: